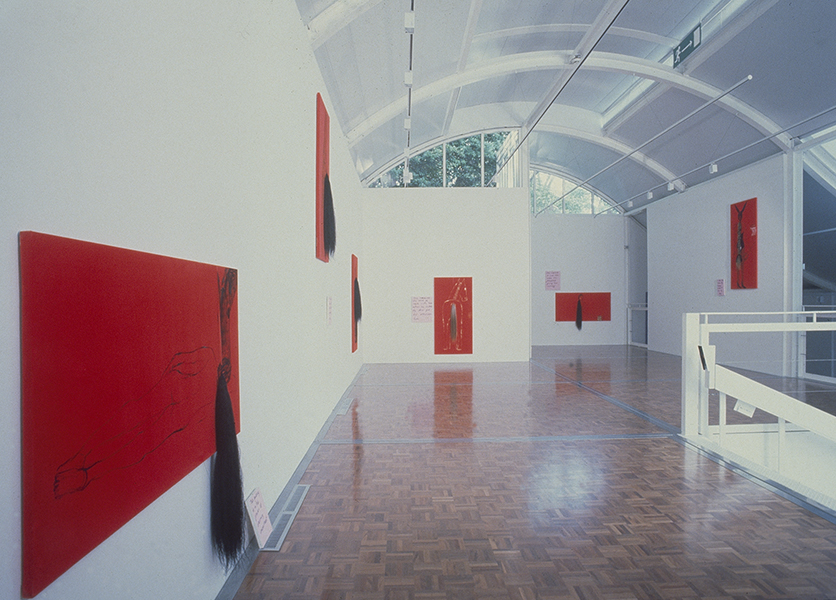 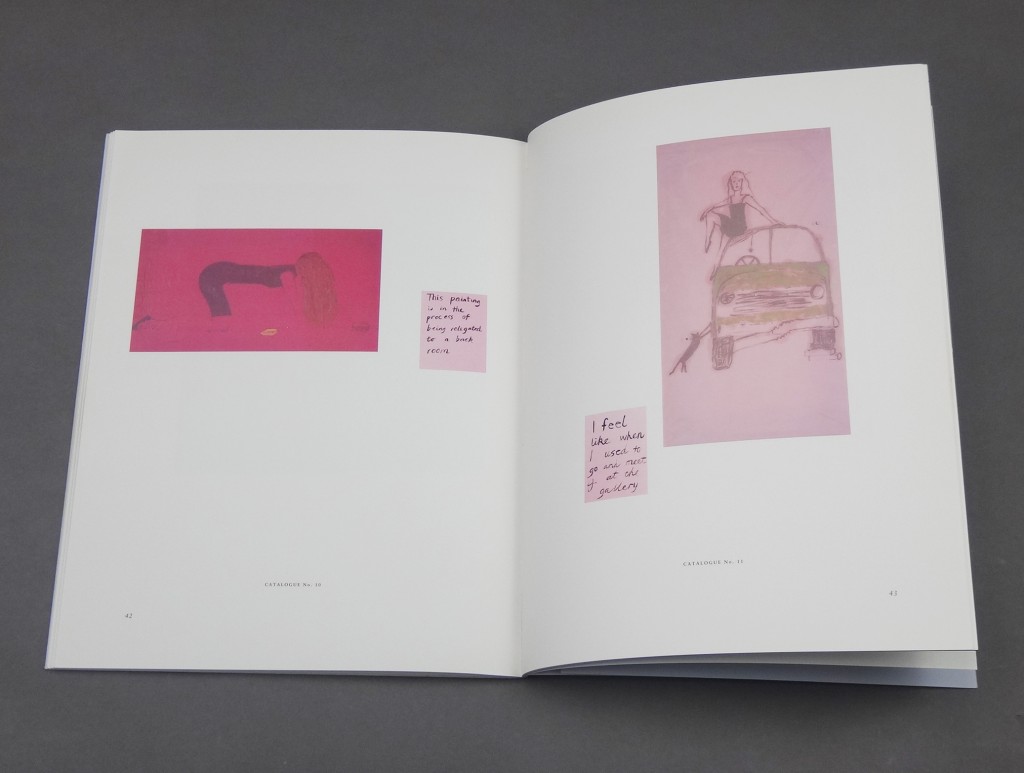 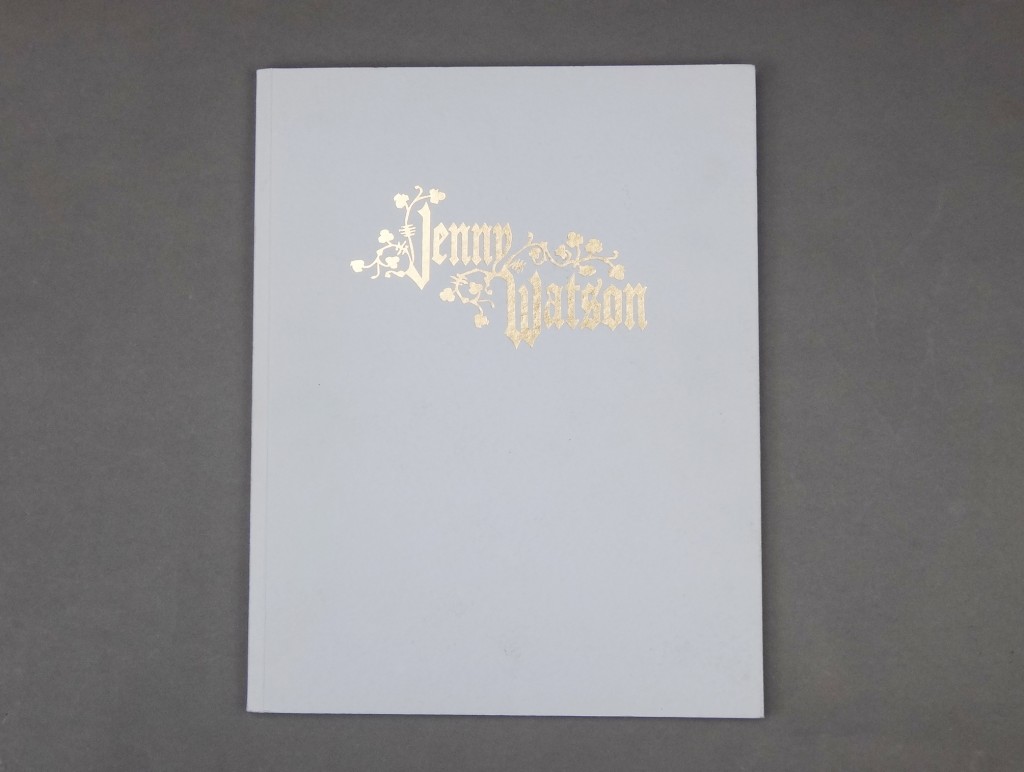 Jenny Watson (b1951) is one of Australia’s most respected artists. As commissioner and curator for the Australian Pavilion at the 45th Venice Biennale, I selected Watson as one who could command an international audience for the quality of her work as a painter and installation artist. She was also the first woman to represent Australia in Venice with a solo exhibition.

Watson showed Painting with tails and false veils – a series of paintings in two groups, one made from red velvet and horse tails and the other from taffeta and netting. Both groups of works were accompanied by smaller text panels. The luxurious material values of rich velvet and luminescent taffeta were offset by sketchy painting and elliptical texts on pink canvas. Watson has pared down her work over the years to deal with her private world and its relationship to the exterior. These webs of relationships are sometimes claustrophobic and restrictive, at other times productive and enhancing.

The mind is a mirror on which the body is endlessly re-described. The effort to communicate whether through words or pictures is as much with herself as it is with the world. There is an inevitable repetition of motifs, for example, the obsessive depiction of the self denotes aspects of the ego which appear through projection onto beloved things whether words or phrases, objects, animals or people.